You are here: Home / Our Town / Learn More About the Town of Paris

Learn More About the Town of Paris

The Town of Paris and its scenic farms and vistas were the backdrop for this video. Welker Farms is based in Montana, run by a family with a significant following on YouTube. They have a passion for farming and Case farm equipment. They traveled to Racine to visit the Case plant and then spent part of the day with the Wilks family, test driving new Case combines.

The Welkers graciously gave us permission to add their video to our website. It’s an extremely well made video that lets us see some of Paris as well!

Ever since the Town of Paris was organized in 1842, the residents have been dedicated to preserving an agrarian way of life. Family owned and operated dairy farms and riding stables, along with large fields of wheat, corn, soybeans, and alfalfa, dot the countryside. Many of the family names in Paris today have been familiar for generations. 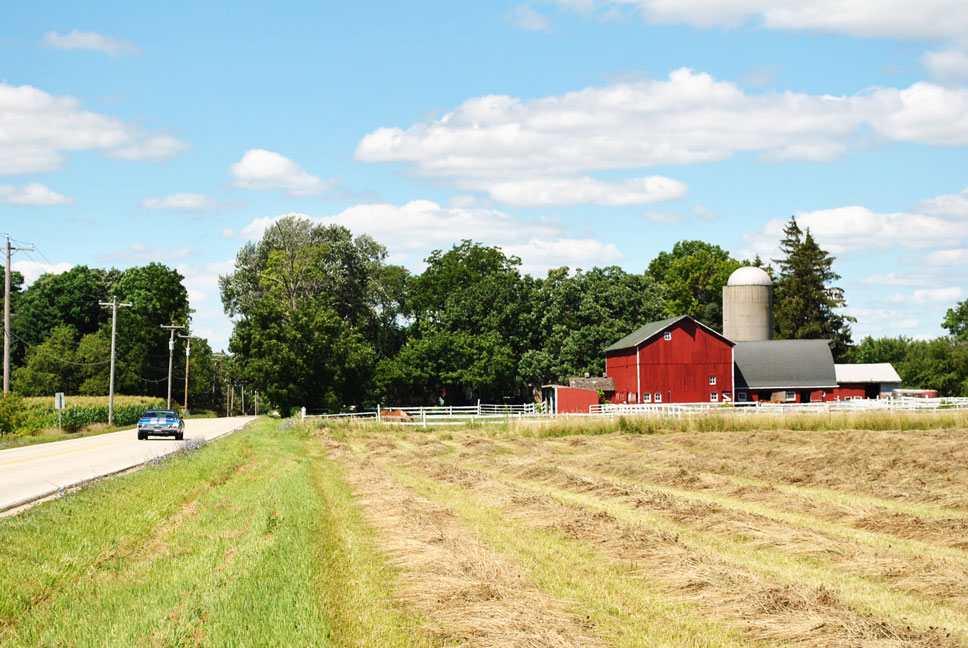 Located in western Kenosha County there has been a long tradition of trade, commerce and social interaction between Paris and the surrounding communities. In the early days most of the businesses were located in Paris Corners, (Highway 45 and Highway 142): Mail could be picked up at the post office located in the general store, the blacksmith shop shoed horses and made farm implements, and Paris Corners Creamery processed milk from the local farms. In 1892, William Heidersdorf opened a hardware store and sold farm machinery until 1953. The Paris Butter and Cheese Manufacturing Company operated at the corner of present day Hwy D and A. Beginning in 1848 through the turn of the century Andrew Davison, father of Mary D. Bradford, operated a cobbler shop out of his home.

Present day businesses are scattered throughout the Town of Paris. Along I-94, Mars Cheese Castle and Bobby Nelson’s Cheese Market, established in 1947 and1952 respectively, attract many visitors. The Star Bar and Grill served customers from 1939 – 2009. The Tin Cup, on the corner of Hwy 142 and Hwy 45, has operated under various owners since 1939. Cars have been racing at Great Lakes Drag Strip, located on KR, since 1955. Kenosha Beef International celebrated its 75th Anniversary in 2011. The company employs several hundred people and their beef products are known and used all over the world. Pheasant Run, operated by Waste Management, is the largest landfill in the area.

The Town of Paris is also well known for two items of historical interest. Perhaps you have seen the Civil War Monument at the Paris Town Hall. The white marble obelisk is lighted every night. Dedicated in 1866, it is the first public-funded Civil War monument erected in the State of Wisconsin. WWI and WWII soldiers were added in the 1950’s. Today, any town resident can purchase a memorial brick to pave the walkway surrounding the Monument.

In the future, as now, the Town Board and residents will continue to work diligently to keep the Town of Paris an agricultural community.